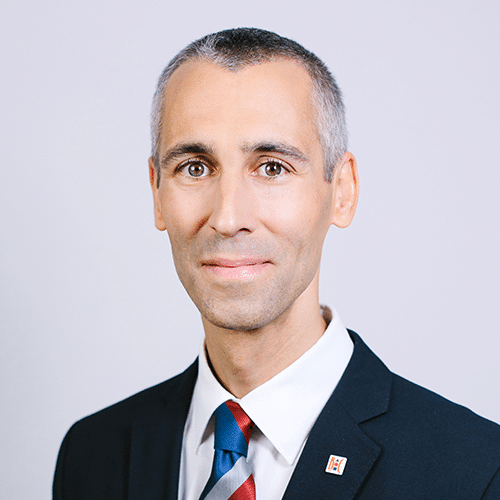 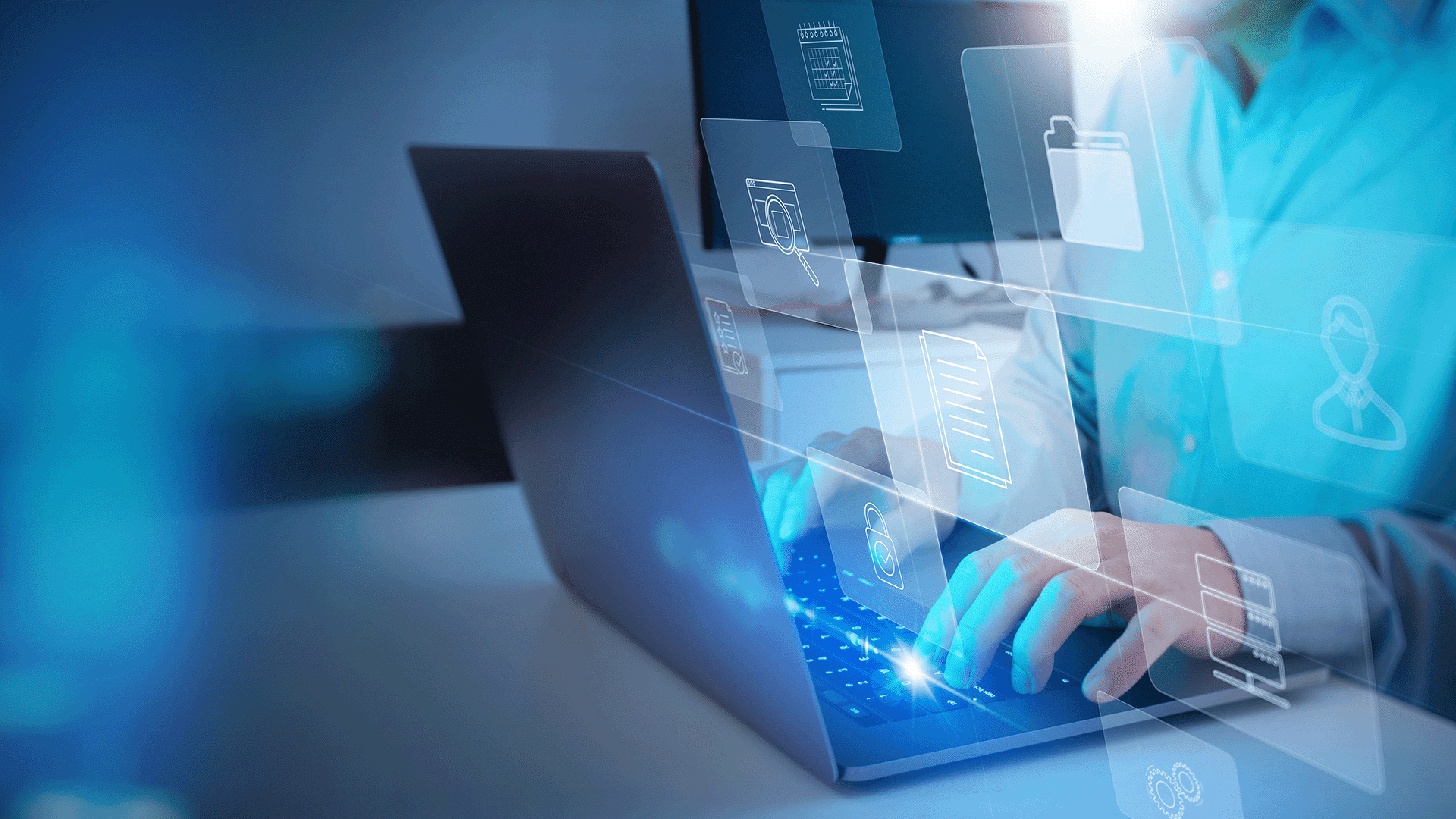 Join us on LinkedIn

Optimization of organizational processes has always been one of the core objectives of Business Process Management. And automation plays a pivotal role in this. Process automation represents one of the most critical tools in the field of Digital Transformation – promising to boost operational efficiencies and create additional capacities through different forms of automation. So, it’s no surprise that this topic is taking the marketing and wider business world by storm.

However, Business Analysts or Department Heads need to beware not to fall for cheap marketing taglines. After all, the possible range of implementation scenarios for process automation is quite broad. Therefore, you have to know exactly when to turn to which automation approach. Only then can the expected results from automation actually be realized.

What opportunities are there for process automation?

Process automation has been riding the trend wave for quite some time now, and ever since the term “Robotic Process Automation (RPA)” entered the equation a couple of years ago – this topic has been all the rage. In RPA, the individual process tasks, or even a short series or tasks, get taken over by robots, more specifically: macros or software bots. These bots are designed to simulate human behavior in a computer-supported process, thus being able to execute repetitive, high-frequency and often smaller-scale tasks. This allows for optimization at the “lowest” level of the process architecture. The delegation of single process tasks to bots does free up additional capacities, but in turn also faces certain restrictions when it comes to the degree of automation.

ERP systems, on the other hand, have been around for much longer and are very widely established. They have been an integral part of the IT landscape of many organizations for decades, and support the execution of processes in areas such as accounting, materials management, procurement and alike. However, despite the great benefits that they can provide, ERP systems are not completely exempt from criticism either. High procurement and implementation costs, a steep learning curve for users, and substantial additional costs for ongoing adjustments – especially in the case of process changes –  take away some of the shine that ERP systems often emanate at first.

Between these two ends of the spectrum, an ever-growing gap has emerged in recent years that can now be bridged by form-based low-code/no-code process automation. Over the past few years, numerous manufacturers have brought solutions to the market that enable business departments to automate their processes independently, often without (or with minimal) involvement of IT. 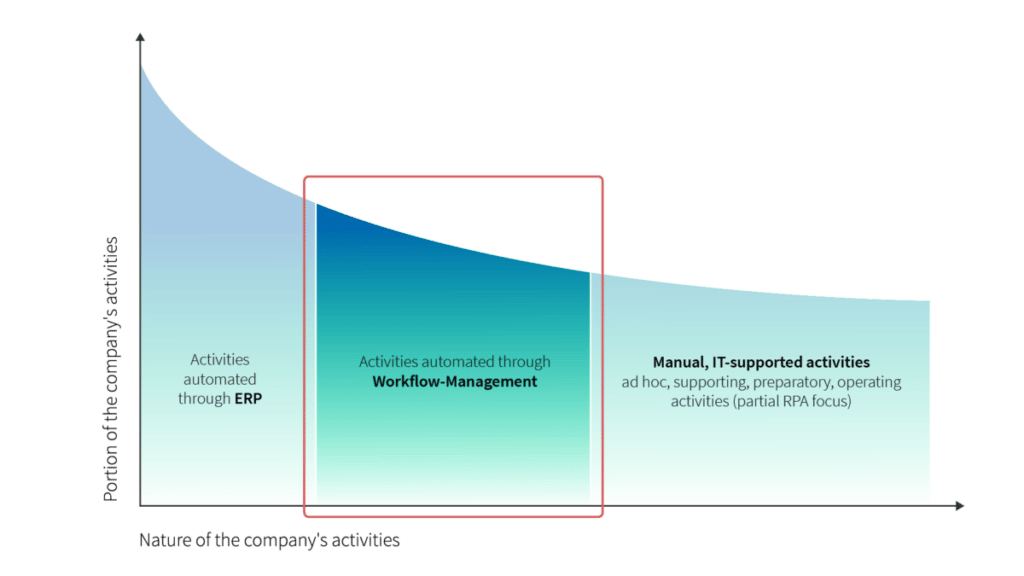 Figure: Activities for automation in Organisations1

Which processes best qualify for automation?

Support processes in particular, which are found in virtually every industry (and are intended to optimally facilitate the core business of the company) are often handled with spreadsheets, checklists or countless emails – and therefore many times result in a multitude of problems. Non or poorly documented, non-transparent and error-prone support processes, in which responsibilities are in many cases unclear (and thus individual tasks are easily left undone), lead to long waiting times, delays and process loops, ultimately resulting in endless cycle times and frustration for everyone involved. And on top, they are also often untraceable, which in some cases leads to difficulties in proving compliance with regulatory requirements.

These processes are typically found in departments such as marketing, HR, reporting, IT, legal or compliance, or are simply certain types of processes such as application processes that for various reasons have not found their way into an existing ERP system, but could still benefit from the advantages of process automation. The form-based or no-code/low-code approach “inspires” reflections around the automation of such processes, as their implementation can often be carried out with little or no IT involvement, similar to RPA – but still with better results.

So, how should companies proceed with process automation, and how can you ensure maximum results with limited resources?

Process automation can generally be embedded very well in existing management cycles and methods, be it the Plan-Do-Check-Act (PDCA), the Process Management Life Cycle (PMLC) or something similar. Just like these methods, sustainable process automation encompasses planning/identification, design, analysis and optimization, as well as implementation, execution and ongoing monitoring/controlling. 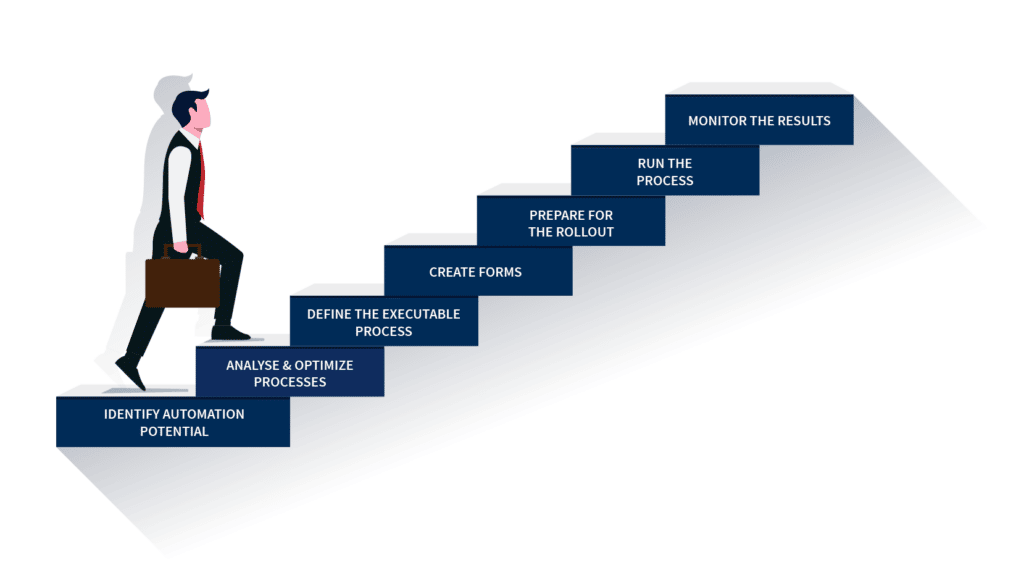 Therefore, the best way to describe the procedure model for process automation is to follow the 7 steps below:

Evaluate your process portfolio for its potential for automation – for example based on the types of processes, or defined process characteristics such as complexity, frequency of execution, degree of standardization, and alike. Here, many companies benefit from existing, easily interpreted process documentation. The more detailed this documentation is, the better can the other parameters be considered in the selection of processes, such as the systems involved, risks, and dependencies or impacts on upstream and downstream processes.

2- Analyse and optimize your processes

Before you rush into automation, take your time to thoroughly analyse your selected process(es) and eliminate any major weaknesses straight away. If you automate an inefficient, faulty process, it will remain faulty or inefficient even after automation, and these defects may even be amplified. Do a rough cost-benefit analysis with the streamlined process, comparing the automated TO-BE with the current AS-IS process. In this context, running a process simulation can be very helpful in determining potential savings, comparing them with the costs of the automation project, and thus assessing your ROI.

Convert your optimized process into a workflow graph that depicts the execution logic. This graph is usually stripped of purely manual activities or decisions, and enriched to include new tasks or events for execution. Next, you’ll want to add the technical information about the execution of the individual steps, thus generating the ultimate execution graph. The necessary enhancements can vary here depending on your automation platform of choice, and the necessary integration to surrounding systems. Simple tasks can usually be implemented directly without the need for programming skills.

Parallel to the creation of the executable process, the form design can be started. In fact, it is often even advisable to start designing the forms early on in order to be able to make improvements to both, the workflow graph and the forms, in a manner of quick prototyping. In addition, the early creation of the forms also allows for initial validations by the end users, which usually greatly improves the process quality as well as its acceptance.

5- Prepare for the rollout

During the rollout phase or in preparation for it, make sure to get the technical approvals for the new process, inform and educate the staff members on it and ensure that all technical tasks for successful change management and go-live have been implemented.

Done! The new process is now available to the employees and executed using workflow support. The decision that’s still to be made now is: whether you want your automated process to be available to all those affected right away, or whether you still want to have it productively “tested” on a smaller scale in the beginning to gain some initial practical insights.

Monitor the KPIs relevant to the project goals and cost-benefit considerations. Pay special attention to the quality of process execution in the early stages of the newly automated process, especially how often ad-hoc activities are added, or alternative process paths are taken. These observations can be used to verify the process design, so that adjustments can be made if necessary. Essentially, all monitoring findings can serve as a basis for future process improvements.

Process automation will certainly continue to grow steadily in the coming years. The degree of automation in almost all organizations is still in the lower double-digit percentage range. You as a decision maker and / or affected party do not only need knowledge about the different automation options, but also the right approach, as well as the supporting tools to adequately rise to the challenge.

With ADONIS Process Automation, BOC Group provides an all-in-one toolset to seamlessly guide you through essential steps of process automation. With the integrated toolset in ADONIS, you not only ensure that you do things right (process automation), but also that you do the right things (process management), and most importantly – that you don’t settle for a one-time project success, but integrate your results into the continuous improvement process in the company.

In the additional resources, you will find concrete examples of classic, workflow-supported low-code/no-code processes, as well as tips & tricks for your process automation initiative. Explore the supporting content and don’t hesitate to get in touch with us to get your initiatives underway today! 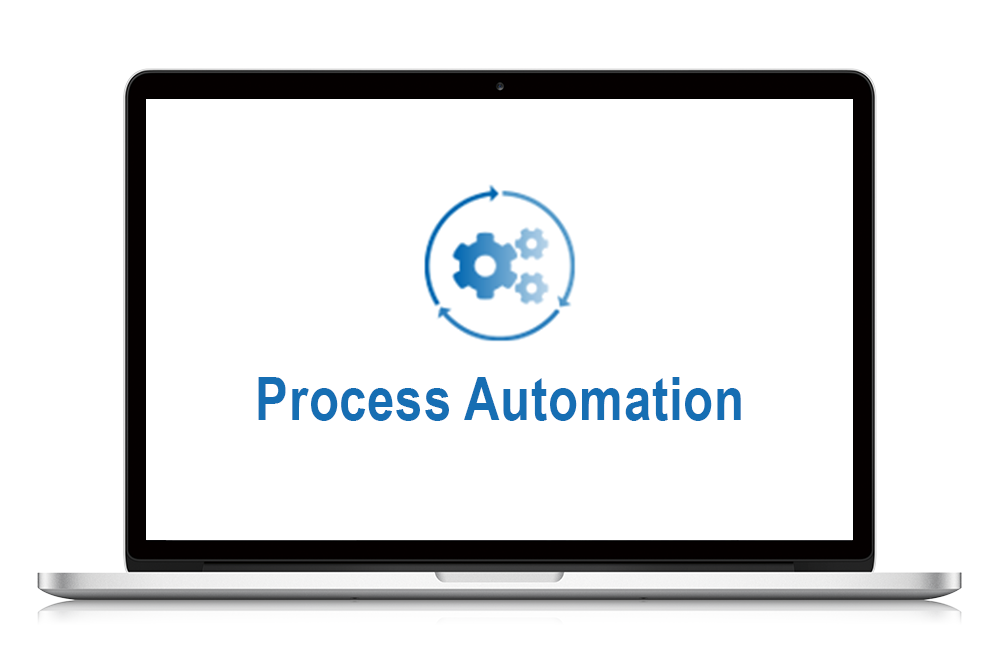 Are you an ADONIS customer? Take your operational efficiency to new heights! 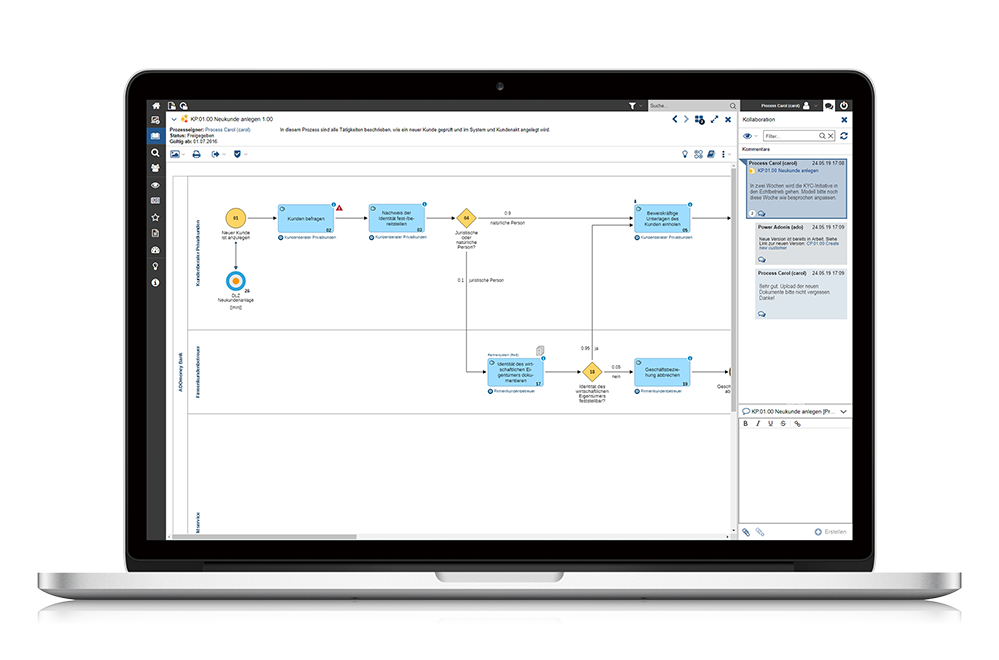 Are you new to ADONIS? Check out ADONIS:CE – Your Free Cloud BPM Tool!

Stay up to date on ADONIS

The 7 steps to automated processes illustrated.